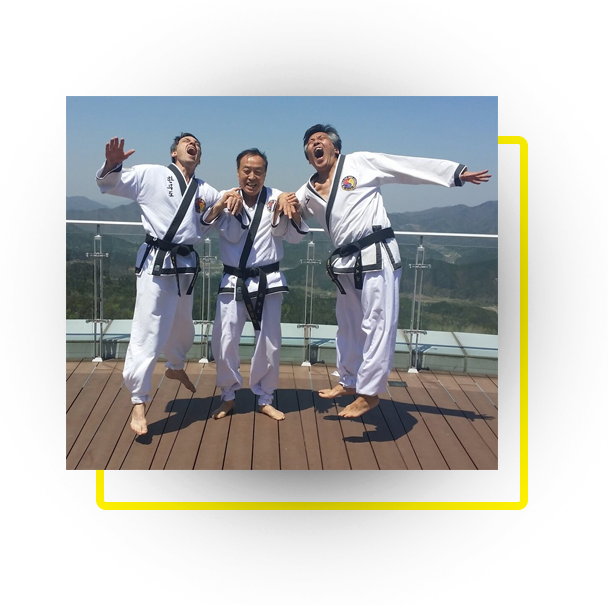 How important is Physical and Mental Health, Safety, Discipline, Confidence & Focus to you?

You should consider this program as a journey not a race. This is an individual program not a team sport. Everyone will learn at their pace. So it doesn’t matter if you are slow, as your speed of learning won’t stop anyone’s progress. Just have fun and learn as much as you can.

Semi-contact to Full-contact (your discretion)

Learn how to kick & punch

Learn how to use opponents’ pressure points

Using opponents’ power against themselves

Learning how to fall down safely

This will help you to learn how to cultivate and accumulate Ki energy and also to control the circulation of Ki through the body.
You will also gain life-changing mental skills including discipline, perseverance, and confidence. In all areas of life, success depends upon the ability to set a goal, believe in yourself, and then work hard under difficult circumstances. It is precisely these abilities that we focus on in our Hanmudo training programs. A person trained in Hanmudo is one who faces life’s challenges with poise and energy. This is an empowered person who plays an active role in shaping their own destiny.
Hanmudo training is not just a fitness routine. It is a path toward comprehensive health–healthy body, healthy mind, healthy spirit, healthy life. That’s what makes Hanmudo classes a workout unlike any other.
Han means Korea (nation of optimism) and Mu Do means Martial Arts. Therefore, Han Mu Do translates to Korean Martial Arts. This system was founded by Grandmaster He-Young Kimm in 1989. Han Mu Do is registered to the Korean Government as a recognised style of Korean martial arts. (Registered Number 534)

Grandmaster He-Young Kimm is the Founder of Han Mu Do with 9th Dan Hapkido, 9th Dan Judo, 8th Dan Kuk Sool Won. During his forty years of training and research in numerous styles of Korean martial arts, found the strength and weaknesses of these arts.
Most modern Korean martial arts were founded during the 1950’s to fit the needs of that generation in Korea. For example, Korean self-defence emphasised defence against wrist, clothes, and body seizes.

The reason for this was before opponents engaged in fighting, the attacker would grab the wrist, clothes, or body of his opponent and then either push, pull, punch, or kick and
then throw.
Since then, instead of grabbing first, the fighting pattern has changed and now an attacker also has the option of kicking or punching first. Therefore, Dr. Kimm felt that a need for a balance between defences against wrist, clothes and/or body seizes were needed with punches and kicks.

Please check out the following Q & A:

Q. Will I fight anyone?

A. What we have is called sparring and it is not a fight. Sparring is for those who want to try it. You don’t have to try it if you don’t want to. Sparring is controlled and we don’t let anyone try it if we think he/she doesn’t have control.

A. As you know injuries can happen in any physical activity, but our injury rate at Family Self Defence is very low. We have seen people get injured more at playing sports like Soccer, Netball, and Football.

Q. Does it matter if I’m a slow learner or uncoordinated?

A. You should consider this program as a journey not a race. This is an individual program not a team sport. Everyone will learn at their pace. So it doesn’t matter if you are slow as your speed of learning won’t stop anyone’s progress. Just have fun and learn as much as you can.

Q. What if I have a medical condition?